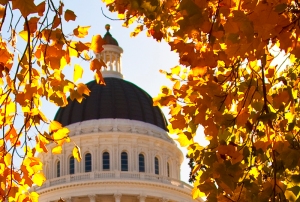 Sitting here in the center of Capitol Park in downtown Sacramento, sound envelopes me. The sound of the overweight grounds keeper droning by on his riding mower, gut bulging to capacity nearly to the steering push bars above his heavily concealed lap.

The song-like laughter and chirping dialogue of a pair of fragile-looking young women stroll by, interjecting the word “like” between every fourth of fifth word as if speaking in code to ensure the true meaning of their conversation is obscured from the bended ears of interlopers, rendering it unintelligible to anyone other than themselves. 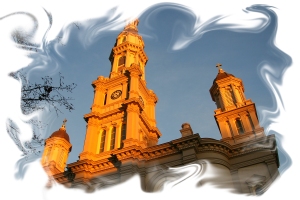 The incessant barking of a squirrel over my right shoulder gnaws on my last nerve, perhaps agitated by one of the approaching “like” girls venturing in his direction, or the dust kicked up by our resident pear-shaped gardener.

A bearded millennial adorned in a red Sandford tee-shirt and matching sneakers sounds perturbed as he loudly consults “hey Siri” for directions to the nearest falafel house, all the while trekking in the opposite direction of the only one in the downtown area. 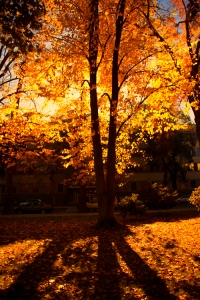 An unpleasant yet all familiar smell wafts into my area, assaulting my senses, as one the countless homeless who inhabit the downtown area, murmurs softly her doctrine of the true intentions of men as she passes: “they’s all goats and devils” she proclaims, sneering in my direction, her curled lip exposing a non-friendly gap-toothed grin.

Reeking of newly legalized, but not yet widely accepted herb, thug life dude with a hand full of his women’s ass smiles as they pass the overly observant silver-haired old dude hammering away on his laptop composing these very words. The young lady of similar persuasion grabs the opposing cheek of her mate (or acquaintance) in return. Glancing at me over their shoulders with a smile, the soon to be arrested for one thing or another pair continue their walk toward the rose garden.

An inadvertent brush of my hand against something, the texture of which has rendered me quite repulsed, brings the seldom used but habitually carried handkerchief from its permanently pressed back pocket home, only to become soiled beyond recognition from the still unrecognized gelatinous substance I nearly set my backpack upon as I set up my temporary writing spot on this overly painted and heavily used park bench, a bench that has likely felt the weight of decades of administrations’ hind quarters dating back beyond the original Papa-Pat Brown of the 1960’s.

It was pure chance that I stopped in the park today during my lunch break. I typically patronize the Starbucks on 9th & L. But today was different. Stimulated by the sweet smell of fall in the air and familiar downtown hustle and bustle in my ear, my lunch break held such promise of auditory and sensory beauty, I just didn’t perceive the value in spending another hour surrounded by the yammering of caffeine overdosed patrons going on and on about their lives and loves, or the lack there of. The overly feminine male voice from the narrow man-bun adorned barista constantly barking caffeinated drink orders into a crowd of people eagerly awaiting their next dose, but ignoring him just the same.

Yeah. I could do without that. 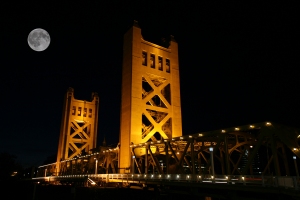