If Walls Could Write and Other Stories is a collection of fifteen short stories related to the human condition.

1. In the title story If Walls Could Write, we meet Lourdes, a young woman who through a metaphysical experience at Preston Castle, an abandoned youth detention facility in the Central Valley, finds answers to a lifetime of questions about her own origin.

2. Honor for the Drainpipe Kid tells the tale of a teenage boy who drops out of high school after being shunned by his fellow students, finding solace in a drain pipe in the creek near his Willow Glen neighborhood home.

3. Milk Crate Music chronicles the journey of a homeless man who moves to Sacramento from the mid-west in search of better pickings in his panhandling prospects and to ultimately find his way out of the harsh environment he has been forced to live in for so long.

4. Revelations is a piece of Flash Fiction that briefly introduces two people as they embark on a journey of infidelity.

5. Dick and Jane, a Love Story Tragedy is a story of high school sweethearts that goes bad when a hidden addiction is revealed with catastrophic results.

6. Surgical Steel is a tale of irony surrounding a young man’s injury after crashing his bicycle.

7. Midnight Run is a brief encounter told from the perspective of a small child awakened from sleep and taken on a late night car ride.

9. The Snake Pit. After a night of drinking, Tony awakens in a strange and unfamiliar place surrounded by dangerous looking characters.

10. In The Barista, Sarah finds herself in a terrifying place with only one goal… finding her way back home.

11. The Burden Son. After an auto accident leaves Johnny in a wheelchair, his parents are unable to cope with his newly developed behavioral problems, and ship him off to an institution in another city.

12. Sisters are Forever. The resilience of sisters is put to the test when Jenny and Anne encounter a carjacker.

13. Driver’s Training. When four friends go out for their high school driver’s training test together in their ordinarily quiet Willow Glen neighborhood, something goes terribly wrong, putting the teens’ contrasting ethics to the test.

14. Mind Games explores how the mind can play tricks on you, adapting to its surroundings… especially when in survival mode.

15. In Forbidden Fruit, we follow a pair of middle-aged coworkers as they embark upon a forbidden love affair. 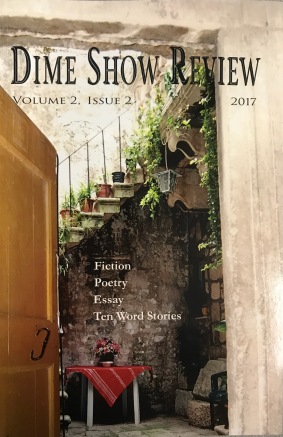 One response to “Books”